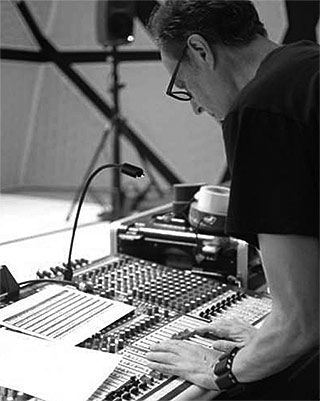 Fred Szymanski – Scree (2017)
Fred Szymanski is a sound and image artist who lives in New York City. In his work, he investigates the relations between nonlinear forces and applies the results to sound diffusion and multi-screen installations and performances. His work has been performed at many festivals.
SCREE is an acousmatic composition referencing the various forms of weathering that, together with the forces of gravity, lead to the amassing of loose rocks and talus on the side of a mountain or cliff. The sounds used in the piece are the sounds of rocks colliding, rolling, and crumbling. 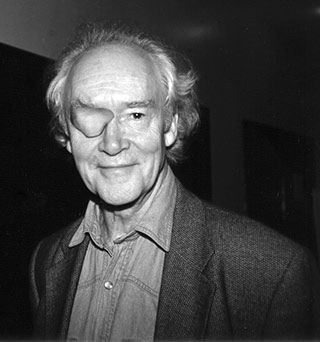 Francis Dhomont – Brief an den Vater (2005)
Brief an den Vater is about the famous letter Franz Kafka wrote to his father in November of 1919, a letter he never mailed. From his long indictment, I have only used a few sentences, selected because they sum up what Kafka held against his father in explicit terms, and mostly because they translate the deep worries of the writer, the mold that gave him his shape, and, as a result, the substratum of his literary topics.
Brief an den Vater was realized in 2005 at the composer’s studio in Avignon (France) and premiered on 12 February 2005 during the trans_canada festival in the ZKM_Kubus of the Zentrum für Kunst und Medientechnologie Karlsruhe (ZKM) in Karlsruhe (Germany).
Antonio Scarcia – Continuum (2017)
Degree in Electronic Engineering at University of Padua, he holds a postgraduate diploma in Signal Processing from the University of Bari and an academic diploma in Electronic Music cum laude from the Conservatory of Bari. He is interested in computer-aided music and multimedia. His works for digital media have been included in programs of many important events.
My electro-acoustic works are stages of a personal research path in exploring new emotional and perceptive contexts through the orientation of Form and Materials. 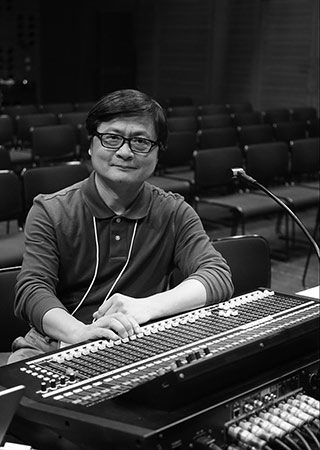 YuChung Tseng – Fantasy for alto flute (2012)
Yu-Chung Tseng, D.M.A., associate professor of computer music composition, director of music technology master program and laptop orchestra-CLOrk at National Chiao Tung University in Taiwan, R.O.C..
Fantasy was composed for alto flute and live, interactive electronics. The main concern of the work is to explores the time – a flexible time following (in certain aspects :time is a broader meaning of rhythm); The piece could be viewed as a fantasy of time journey/ traveling.
Otondo Felipe – Night Study I (2013)
Felipe studied acoustics in Chile where he started composing and performing music for experimental theatre developing several performance projects with actors and musicians. In 1999 he moved to Denmark to do post-graduate studies in sound perception at Aalborg University focusing on spatial sound and timbre perception. He studied composition at the Carl Nielsen Academy with the Anders Brødsgaard where he composed and premiered various compositions and took part in several interdisciplinary projects with visual artist. In 2005 he pursued his composition studies at the University of York in England with Ambrose Field and Roger Marsh focusing in electroacoustic composition and music theatre. His music has been widely played in festivals across Europe, North and South America, as well as in Australia.
The idea behind this work stems from a poem by Roberto Bolaño describing a night motorcycle journey across the Mexican desert. The piece explores the nocturnal sonic landscape of urban and rural locations and is structured as a sonic journey exploring real and abstract soundscapes linked to various stages of an imaginary trip. 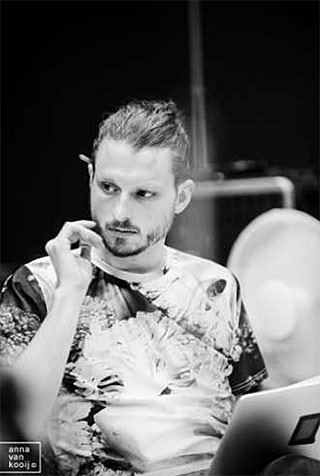 Xeno- is a piece for solo voice and electronics, consisting of a tape part and a graphic score with a vocal part and live manipulation of the voice with effects pedals. The graphic and textual notation for the vocal part is a broad guideline, featuring extensive ad libitum material. The important relationship between the voice and the tape is an aurally imitative one. The vocal part was developed in collaboration with commissioning soprano Sarah Albu, based on recorded imitations of the animal vocalisations in the tape part.